In 2008 I purchased the Bone Stock 1938 Chevrolet 2 Door Sedan Standard.  I drove it for four years until I built up the courage to "de stock" this Genie Chevy...I wanted to have it so I could feel Confident, comfortable, and Safe Driving it where ever I wanted to go....I choose a 1938 because that was the year both the car and I was born...I chose a Chevy because most everyone else was into Ford's, AND put Chevy Engines the Fords to make them go..(well most of the time that is)….So the work began....A Chevy 300 hp, 327 seemed like the most reliable power plant, bolted to a Turbo 350 Trans ahead of an El Camino 3:07 Posi Differential would get her going....To STOP her and have a decent and safe front suspension, the straight front axle and leaf springs were removed and a Mustang Rack and Pinon Front end was attached to the stock Chevy Frame and power disc front disc brakes were added...The power steering sector was from a Chevy Impala along with a T&T steering column fitted with a Chevy Type A/M leather wrapped steering wheel....We added A/C, Cruise Control, as well as modern gauges fit in where the stock ones were removed from the dash.

The interior was fitted with the original style mohair on the stock '38 seats front and rear.  Because I wanted the vehicle to look like it was a Gennie '38 Chevy I keep the stock colors interior and exterior as well as the stock looking tires, wheels and trim....I just could not allow the 16" tires and wheels to stay so I put 15" tires and wheels with the stock looking hub caps, trim rings and wide white walls....I also did not add any chrome goodies to the engine, again because I wanted it to look like GM did it. It took about one year to take it from a Bone Stocker to a "Sweet Rod Street Sleeper". 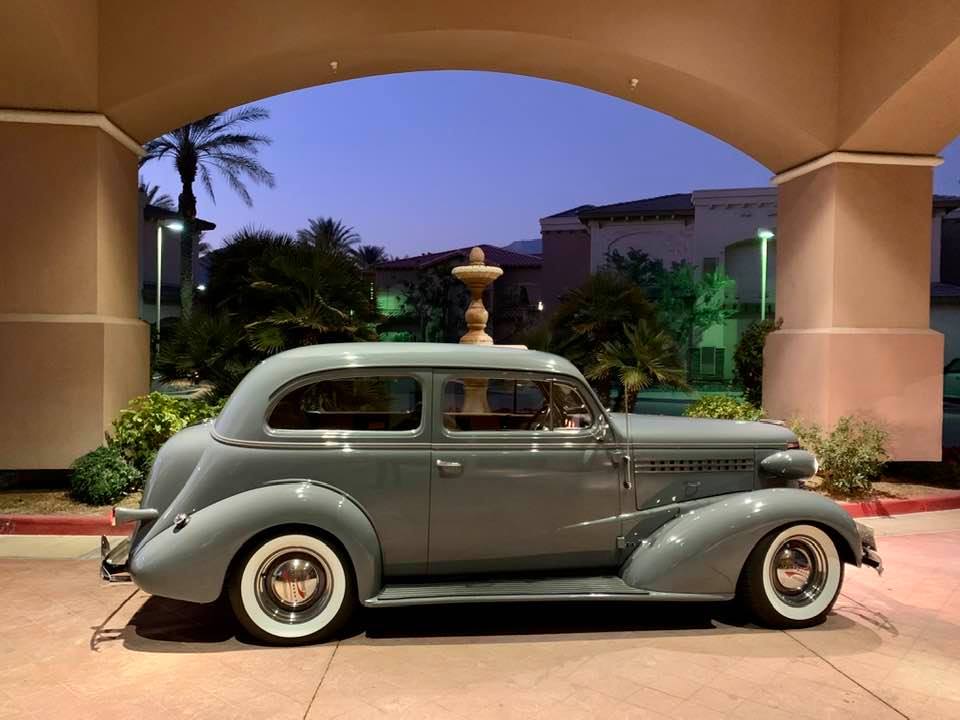